Windows 10, build 9901 has leaked few days days ago. According to some users Microsoft has added Cortana and Xbox integration to the latest build. As you could have already seen it, there was a post showcasing Cortana features in the video. In this build however it seems that they have refined Cortana and added new stuff to it.

The app was not found in the store. :-(
Go to store Google websearch

As you can see from the picture it looks a whole lot better than at the previous build that was available. Its integration with the desktop is also much smoother and works. Some people have noted that they could be moving to the Cortana integration on all devices, thus enabling your to search your desktop from your Windows Phone or Xbox One and vice versa, which could open a lot of possibilities  for remote control different devices.  It’s good to see they are going for that route but one suggestion from my side would be to remove that search bar from taskbar. At least make it activate when you open Cortana from Start Menu. That way it would be even better.

Alongside Cortana comes Xbox application. Judging from its look in this build, it seems that it will be used to communicate with your that are playing games on Xbox One. 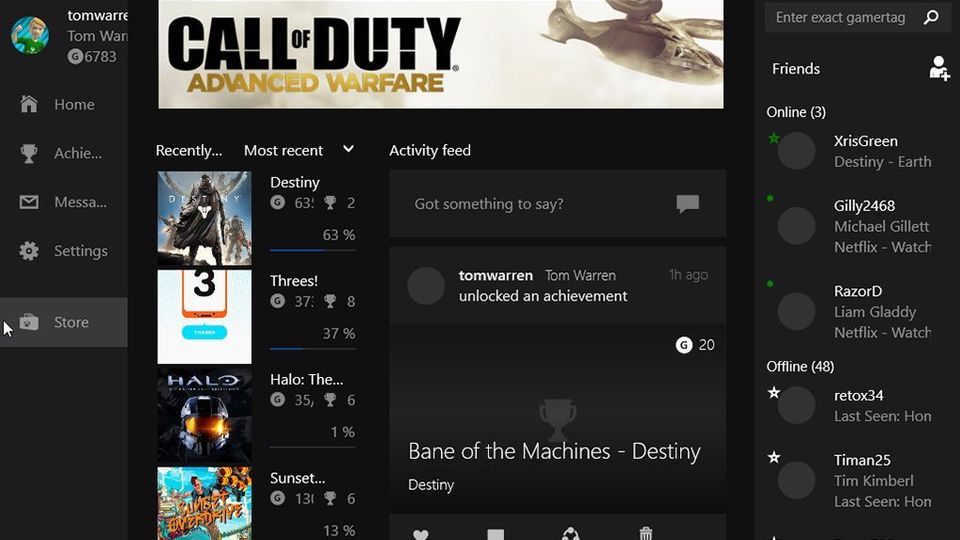 As you can see it looks like Dashboard form Xbox, but for Windows PC. Due note however that it is possible that we could this integration going even further. To make it more interesting, they could add support for Xbox games to Windows 10, thus enabling you to cross-play most of the games with your friends. Integration with games still has to be seen, judging that the last attempt with Games for Windows Live create more issues than what it was worth.

Also Music application has received facelift and it looks really smooth this time. It seems however that Microsoft is aiming to integrate Music, Video, TV too alongside with current apps.

If you are interested for more pictures of this Windows build, please checkout this link: Windows 10 (Build 9901) Gallery