There are a lot of good business movies. I went on choosing some of the best ones based on their informativeness and general quality. It’s really hard to decide what’s a good business movie. The usual premise is about company that starts from nothing and goes huge or about the downfall of corporate giants. There are also movies that focus on talented individuals and their skills to do business. Some of them are done in form of documentary movie, and they tend to have a really good amount of information. However, depending on producer it could range from half-interesting one to boring one. Other branch of documentary movies are docudramas. They are in the middle ground and most of them are good for this category of movies.  You also have some Hollywood movies about business but they are either excellent or utter trash. As always, the list below is based on personal preference. Feel free to agree or disagree and comment about your favorite business movie.

This is a semi-humorous biographical film about the men who made the world of technology what it is today, their struggles during college, the founding of their companies, and the ingenious actions they took to build up the global corporate empires of Apple Computer Corporation and Microsoft Inc. Written by Flotis (IMDB). This movie is my personal favorite. It shows how Bill Gates and Steve Jobs built their companies and their business relationship that will later have a large influence on both of their respective companies. 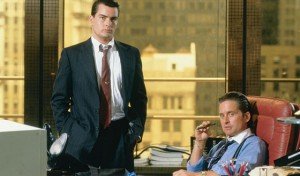 A young and impatient stockbroker is willing to do anything to get to the top, including trading on illegal inside information taken through a ruthless and greedy corporate raider who takes the youth under his wing. There are not enough words to explain how good this movie is. It is Oliver Stone’s masterpiece.  It explains you a lot of the things and tells you a lot about corporations and how greed works (pay attention to greed quote by Michael Douglas). It’s also one of the first movies where Charlie Sheen had his first bigger role. 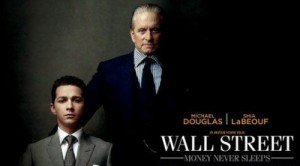 Now out of prison but still disgraced by his peers, Gordon Gekko works his future son-in-law, an idealistic stock broker, when he sees an opportunity to take down a Wall Street enemy and rebuild his empire. Sequel to the Wall Street. Not god as original but still interesting for Gordon Gekko character. 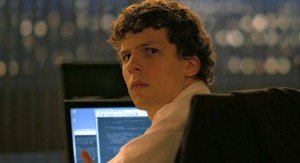 Harvard student Mark Zuckerberg creates the social networking site that would become known as Facebook, but is later sued by two brothers who claimed he stole their idea, and the co-founder who was later squeezed out of the business. 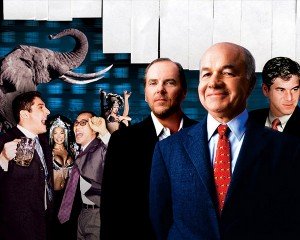 A documentary about the Enron corporation, its faulty and corrupt business practices, and how they led to its fall. Must watch. It explains really good what happens when corporation starts hurting interests of its investors. 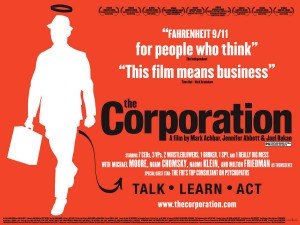 Documentary that looks at the concept of the corporation throughout recent history up to its present-day dominance. Shows how corporation are involved in our daily lives and their impact.

Takes a closer look at what brought about the financial meltdown. A movie about financial world crisis and what caused it. 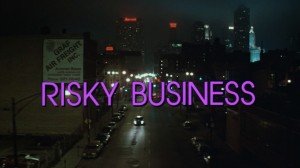 A Chicago teenager is looking for fun at home while his parents are away, but the situation quickly gets out of hand. Anyone can be entrepreneur if they know what to do to bring the money to the table. 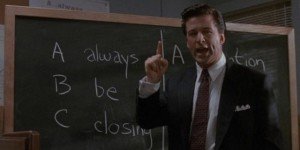 An examination of the machinations behind the scenes at a real estate office. Another classic, this is also one of the must watch movies. 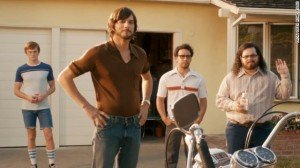 The story of Steve Jobs’ ascension from college dropout into one of the most revered creative entrepreneurs of the 20th century. Good story, but the poor movie execution. Watch if you are interested about Apple’s history and Steve Jobs life.

That’s it for this list.  Don’t forget to post your favorite business movie suggestion in the comments!